What You Can Do

To support us through one of our fundraisers, scroll down to “Current events”.
If you sponsor one of them you boost their spirits as well as ours!
Who is it to be?

If you decide you would like to raise some money for LDA through a sponsored event, we can help you to create a fundraising page on our fundraising platform.

If you want to collect money in person, perhaps from people who don’t use websites, there is a special form for this which will enable us to collect Gift Aid on qualifying donations. You can use this instead of, or as well as, the Virgin MoneyGiving website.

We can also publicise your event here on our website, and on our Twitter and Facebook pages, and we can help you with contacting local press.

Due to COVID-19, most fundraising events were cancelled, but several major events are now being planned for 2022.

Essex is the joint host of a new 100-mile challenge ride that will start in the capital, go out to Essex and finish back in central London. If you are interested, and feel you can raise money for us, then contact us – we have some places, but the deadline for registering with us is Friday 29th April, so contact us ASAP!

Supporting our fundraisers not only helps us, it boosts their morale! We rely on donations to carry out our work, so anything you can donate is a help:

Many thanks to those who have raised money for LDA 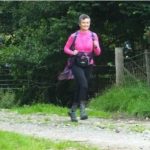 Having had personal experience of Lyme disease, and aware of the effect on people and animals, Sue wanted to raise awareness and also money for much needed research.

Following completion of the Cross Wales Ride (which she and Gwen completed both by riding and running!), she completed the Liverpool marathon.

Linda’s Muddiest Year of All! 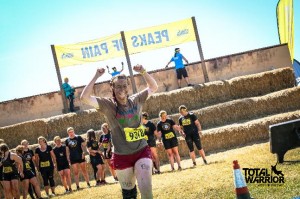 Linda decided she was going to participate in up to 20 mud runs for 2 charities close to her heart, Cystic Fibrosis Trust and Lyme Disease Action.

She says “I picked these two charities as my Nephew has Cystic Fibrosis and my younger sister having Lyme Disease.”

“I aim to hit 20 mud runs in the space of a year. Each event will consist of distances from 5k to 22k with various obstacles throughout. these events will take place in Northern Ireland, ROI, Scotland and England”

A group of middle-aged Monmouth RFC Young Rugby coaches, who, over a rugby match (or two!) decided to raise awareness of Lyme Disease, for reasons very close to their hearts. 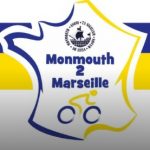 “We came up with the idea of doing a charity bike ride….even though a few of us hadn’t ridden a bike in years!”

They were intending to ride 800 miles, from Monmouth to Marseilles, arriving in time to watch the Heineken Champions Cup on Saturday 23rd May 2020. As you can guess, the COVID-19 pandemic interfered with their plans! They still raised some money for us though. 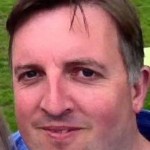 Andy said “I’m always up for a challenge, but this is probably the biggest I’ve attempted! The hard work is already underway with regular training runs, which are getting longer and longer and as this is (probably) a one off, I’m raising funds for two great charities. Last summer my wife was bitten by a tick and as a family, we are now aware of how debilitating Lyme Disease can be. ”

Andy raised for LDA and The Royal Agricultural Benevolent Institution which provides support to farming families across the UK. 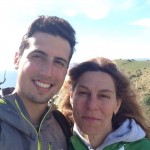 Jonathan ran the Edinburgh Half Marathon on the 26th May to raise funds for research and LDA is committing that to LDA’s Restricted Funds account specifically for that purpose.

You can still support Jonathan by donating here.

LDA had 7 riders participating in the 2019 event including Craig, David, Peter and Ryan, shown below.

Layton and Matt cycled for the Spotlight Project 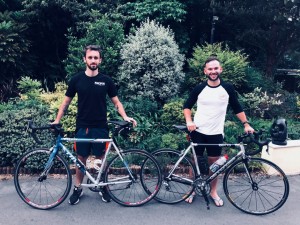 “We are taking part in RideLondon2018 to raise money for Lyme Disease Action, who are doing fantastic work to improve awareness and knowledge of Lyme Disease both in the general and medical communities.

Lyme disease is a debilitating disease caused by bacterium and transmitted by ticks. It is very difficult to diagnose and cannot be confidently ruled out by current tests. If it is inadequately treated, or treated late, it can be very difficult to cure and can spread throughout the body, affecting the eyes, joints, heart and brain.

The money we raise will contribute toward the Spotlight Project run by LDA. The project aims to support primary care clinicians in developing clinical skills and expertise aimed at improving early recognition, diagnosis and treatment of the condition. Please help us support this cause, which is so close to our hearts, by donating a few of your hard-earned pennies. ”
Layton and Matt raised £777.50. Thank you both very much!

Dave fundraised for the Spotlight Project 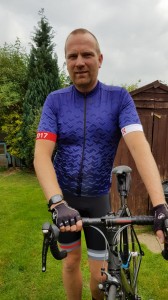 “Hi my name is Dave and this is my second time competing in the RideLondon 100. Lyme disease is such an understated disease which I would like to raise the profile of through sponsorship. Lyme disease can be dismissed as ‘flu’ or ‘lethargy’ to name a couple of common misconceptions, but the reality can be much worse. With your donations more valuable research and improved awareness can be heightened.  Thank you. ”

Jon and Vicky RideLondon for the Spotlight Project 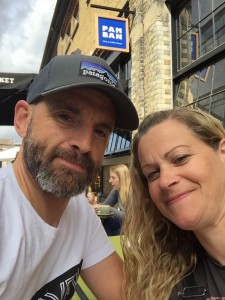 I caught Lyme disease cross country running training to do my first iron man. The lack of knowledge from the GP delayed my diagnosis.

Due to the love and response I have received over the many years, it is going to be a delight to ride this 100 miles with the most supportive wife and friend I could ever imagine, knowing how much she *****ng hates cycling!! Lol”
Jon and Vicky raised £1035. Thank you both a lot!

Emma ran the Burnley 10K for the Spotlight Project 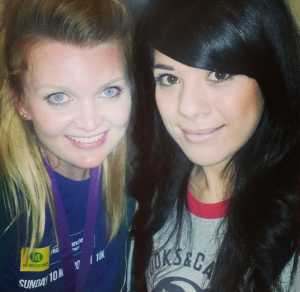 Emma D’Ipollito ran the Burnley 10k for the Spotlight Project “One of my closest friends, an adventurous and avid runner, has recently been diagnosed with Lyme Disease after suffering with debilitating and constraining life changing symptoms for almost three years. Her resilience and poise during this time has been both remarkable and inspiring, as she has altered her diet and lifestyle completely in order to combat this hellish disease.
You can follow Natasha on Instagram: @project_recharge

I am running the Burnley 10k not only to raise funds for LDA and general awareness of Lyme but also to acknowledge and support my friend and others who are battling with symptoms of Lyme, or have been affected by Lyme, this sometimes ‘invisible illness’. Awareness and vigilance is key.” 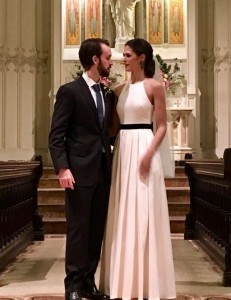 Layton who took part in the RideLondon 100 2017 last year took part in the London Marathon. He says: “I have had first-hand experience of Lyme disease through my now wife, Kelly. She has been battling Lyme for over 9 years and I cannot think of a single facet of her life that hasn’t been negatively impacted.

Her strength and resilience in the face of a debilitating illness is such inspiration to me and the least I can do is support her fight and help spread the word in any way I can. I took part in RideLondon for Lyme last year and I am now running the London marathon in April 2018. All money donated will help Lyme Disease Action. 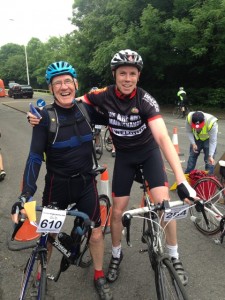 Danny Armstrong, ran the “RB” Hull Marathon for LDA. He has seen the devastating effects of this cruel illness on his mum and the anxiety she has suffered due to the ignorance and denial of the UK Medical Profession – the very people who should have helped her but who have instead caused her so much anguish. He knows that a major reason that she has got through the last 4 years has been the help of LDA. Danny has completed many half-marathons and cycling events (including a 60 mile one today) but this was his first full marathon. And where better than as a running tour of the 2017 City of Culture. (Danny is in the black and white helmet).
Starting outside the KCom Stadium, notable city landmarks include Queen Victoria Square – home to the Ferens Art Gallery and Maritime Museum; the Old Town, The Deep, Victoria Dock, Spurn Lightship and Marina, Albert Dock and the Humber Bridge. The varied course included West Park, East Park, Pickering Park, Peter Pan Park and a lap of Costello Stadium. The marathon finished inside the KCOM Stadium where spectators cheered on the runners from the comfort of the stands.
Danny raised £324.50. Many thanks.

Click here for other people who have previously raised money for LDA.

This charity depends on you: It may be left to you –

We are funded entirely by donations – from members of the public and corporate donors who use our leaflets. if you think that what we do is worthwhile, please consider a donation.