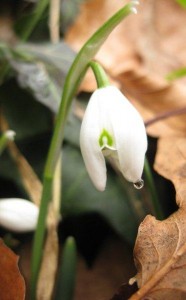 Four years ago on January 12th we attended our local emergency department for the first time. My husband by that time was six months into a gradually evolving illness, characterised by tremendous fatigue, pain, head-pressure, memory problems, episodes of double vision, tingling in his hands and feet, tinnitus and a ‘green-gilled’ queasy ‘sea-sick’ feeling on walking. Not surprisingly, we both felt anxious, unsettled and keen for answers so he could be treated and made well again. Throughout the autumn of that year he had gradually faded into a thin shadow of himself. This was the beginning of our journey.

By the time of the A&E attendance, I had already googled the bull’s eye rash that my husband had had at the back of his knee in June and the GP had taken bloods for Lyme disease and commenced doxycycline. We assumed that having received a diagnosis and secured some antibiotics that the infection would succumb to treatment in the usual way. I had noticed ‘Controversy’, ‘Blumenthal’, ‘ILADS’, ‘IDSA’ and ’HPA’ dominating information on the internet and remembered reading an article entitled ‘Lyme Wars’ in the BMJ back in 2007. I recollected that at the time I felt reassured that we had the evidence and quality-driven NHS rather than the financially-driven American healthcare system.

I had worked in the NHS throughout my professional career, specialising in psychiatry, and seen all manner of human suffering and misfortune but nothing prepared me for the nightmare that we would come to know as Lyme disease. The doctors seemingly could not make a diagnosis in the face of a negative test nor apparently bring its validity into question. Against our principles we went private; eventually we went abroad and by fits and starts my husband regained his health and was himself again.

Last night I realised this was a different year; the first year that I have not descended into grief and despondency around January 12th. The memories are there but the feelings have receded. In place of fear there is hope, and normal things feel special after years living as a hostage of this vile illness.  I realise we may have some way to go yet, but have a sense of having passed through the worst of a terrible time.

On reflection, I would say we would have been utterly lost had it not been for the internet and the support and sense of community from fellow human beings communicating vital information for the benefit of all. And for this I give thanks.