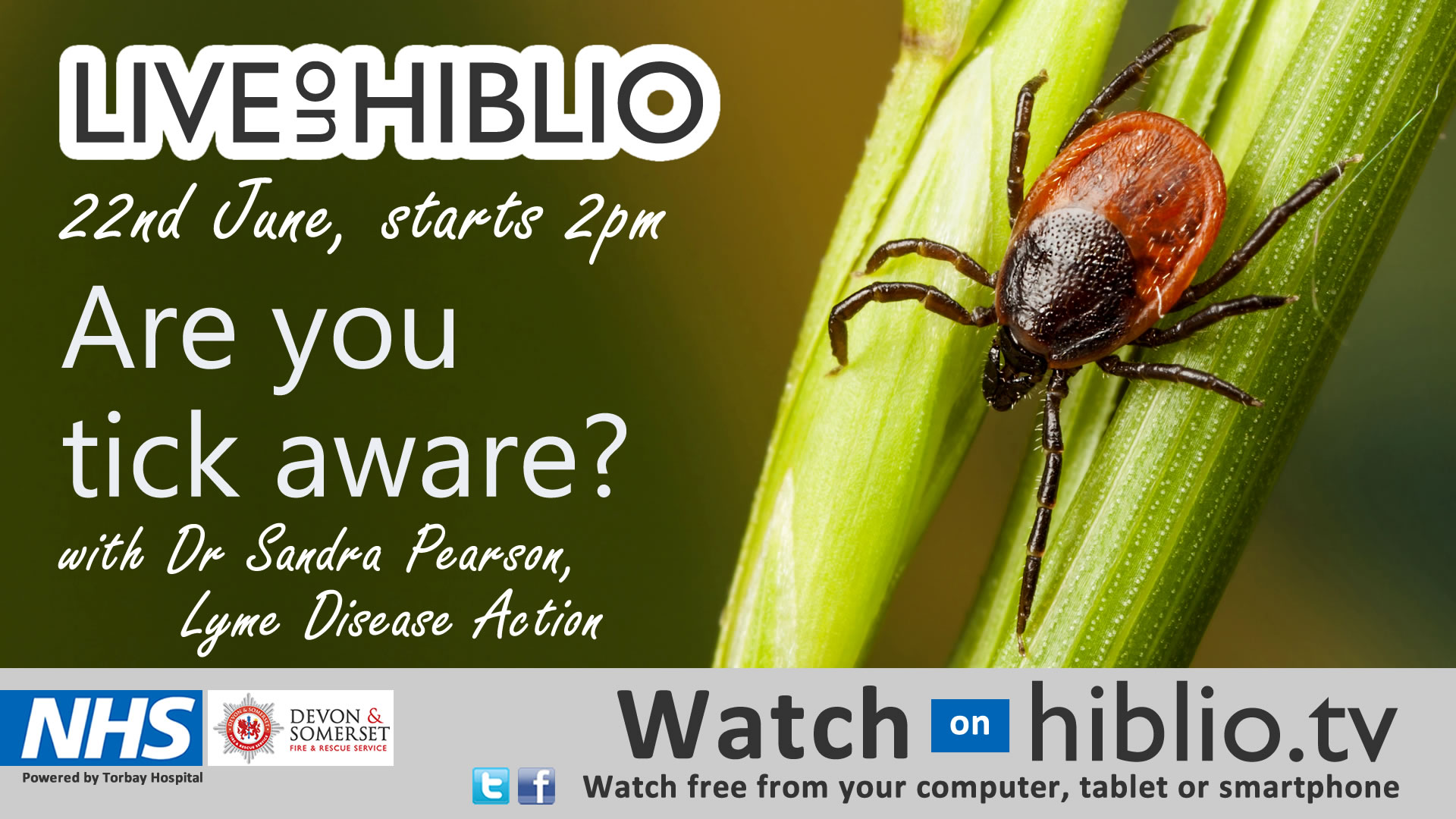 The second live HiblioTV broadcast about ticks and Lyme disease can be watched on YouTube. This took the form of a live, unscripted conversation between Hiblio’s Paul Norrish and LDA’s medical director Dr Sandra Pearson. This is a 20 minute conversation in the trusted Hiblio format – an interviewer and an expert.

The Hiblio team are now more experienced in recording the series of conversations, but unfortunately they didn’t have another camera that could move to focus on the live ticks, but you could see Paul kept looking down at them and was fascinated. Here they are! 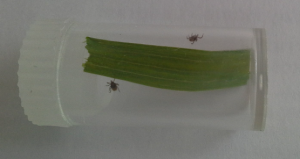 In June 2014 Sandra was the subject of the very first HiblioTV broadcast from Torbay Hospital’s web TV channel. In those days, there was a microbiologist standing by ready to pull the plug in case we veered into “dangerous” territory – it was a live broadcast delayed by about 20 seconds to allow for this! HiblioTV are now well into their stride with a series of interesting videos and they intend to make tick awareness an annual broadcast.

Maybe next year the ticks will take their rightful place centre stage and people will be able to watch them walking around while the two people are talking.