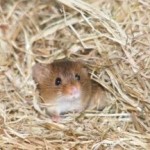 Before 8 o’clock and far too early for me to be standing at a station waiting for the London train, though a bacon bap did help. 3 hours to Waterloo and I stepped into a different world a far cry from Devon. An invigorating world, a noisy world; a world where people seemed to be streaming in never ending trails, each individual separate and disconnected from the surroundings.

They’ve seen it all before, of course, hundreds of times. Wow! A surfeit of architecture. Manchester (where we had the last JLA meeting) seemed full of confident Victorian statements: big solid buildings all demonstrating impressive wealth and power and certainty. Snarling stone dragons beside the door to the courthouse.

London is far more varied and never ceases to delight me. You walk past Georgian churches and have glimpses of St Paul’s. The Eye soaring above the Thames. More human somehow because of the variety and the underlying history everywhere. What really struck me was the eating places everywhere. Coffee shops, bars, restaurants. On every street, four, five, six in a row. No wonder Londoners need a London Weighting Allowance to keep this lot afloat. Recession – what recession?

Brilliant meeting. Met Sir Iain Chalmers, founder of the James Lind Initiative. He is aware of the hard time we have had getting doctors to participate in our JLA PSP and trying to persuade the Department of Health to listen to us.

Then walk back to Waterloo – coffee shops and restaurants doing even MORE business. Lights coming on in the dusk – absolutely beautiful over the river. What seemed like the entire population streaming through the station, trains announced at least one a minute; you’d think London would be empty after this exodus. Finally boarded. Thank heaven for a seat. 3 hours steadily travelling westwards.

Home. Dark hedges; water still running off the fields down the lane; smell of wet leaves. Stars in the dark sky and a bright planet in the West. Good to be back.