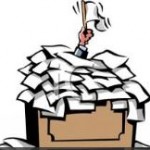 I’ve heard lots of people talking about shingles over the years.  How nasty it is.  How debilitating.  I vaguely knew it was linked to chickenpox.  But I’d never seen it before.

Until, that is, I managed to acquire shingles for myself.

I confess that I became overtired and not a little stressed.  We are trying to move into a new-build office, and liaising with developers does, I think, increase levels of tension; I think I’d liken an office move to having a second full-time job.  I was away, travelling abroad, for five weekends in succession, so didn’t have much time with my four cats (they are usually excellent at stress-busting).  And I kept returning to the office to find mammoth amounts of emails and work piled up, despite trying to keep abreast of emails via my mobile phone while travelling.

After a horribly late last night at work before travelling, on arrival in Portugal, I said “no thanks” to dinner, went straight to my room and slept like a log – only to wake the next morning with a funny rash on my left thigh.  Next morning, I had 25 such rashes, now pus-filled and unpleasant to look at, not to mention uncomfortable.  We were walking a lot, and there seemed to be steps wherever we went, meaning that my trousers rubbed mercilessly at my very uncomfortable leg.  The next day, a Sunday, I had well over 30 rashes on my leg – both the outer leg and my inside leg – and felt thoroughly miserable and exhausted, as despite being very tired I simply couldn’t get comfortable in bed and thus didn’t sleep much.

My hosts kindly took me to a hospital (about an hour’s drive from the mountains where we had stayed the previous night).  Miraculously, I was seen by a kind assessor within about five minutes; she even spoke a little English.  A doctor saw me about five minutes later, and called in two other doctors.  One of them thought I had shingles (herpes zoster) but the others weren’t sure.  They “played safe” by giving me a cortisone injection and some anti-histamine pills, and instructed me to see a doctor immediately on my return to the UK, two days later.  I rejoined the rest of my party and continued on the trip, pretty uncomfortable the whole time.  I made dinner for the first time on the trip on my last night, but it took a special effort – I really felt I’d let our hosts down.

Back in the UK, I saw my GP first thing Tuesday morning.  She’s an experienced older GP, and immediately told me it was shingles – the worst case she’d ever seen.  An antiviral, was prescribed, and strong painkillers.  I was instructed not to go into work – not that it was catching, simply that it was a whole body illness rather than just a skin problem.  As for the cortisone injection, I was told it was the worst thing that I could have had, as it will have prevented my body’s immune system from kicking in and fighting the shingles; ah well!

I don’t normally take painkillers – I’m fortunate enough not to suffer with headaches and the like – but was very grateful for the prescription medicine, which helped me to sleep.  I found out that, once you’ve had chickenpox, you always have the shingles bug sitting in your system, awaiting an opportunity to emerge.  I also found out that, if you have shingles on your head, you need to make sure you get good medical advice ASAP as shingles anywhere near the eyes risks blindness.  Three weeks later, I’ve had the odd day back at work but am what doctors call TATT (tired all the time).  The rashes have become scabs and my leg now just looks a mess, but it is infinitely better.

Shingles, to sum it up, is not much fun!  I shall try to be more careful in future and not to allow myself to get over-tired and over-stressed. Sometimes, easier said than done!